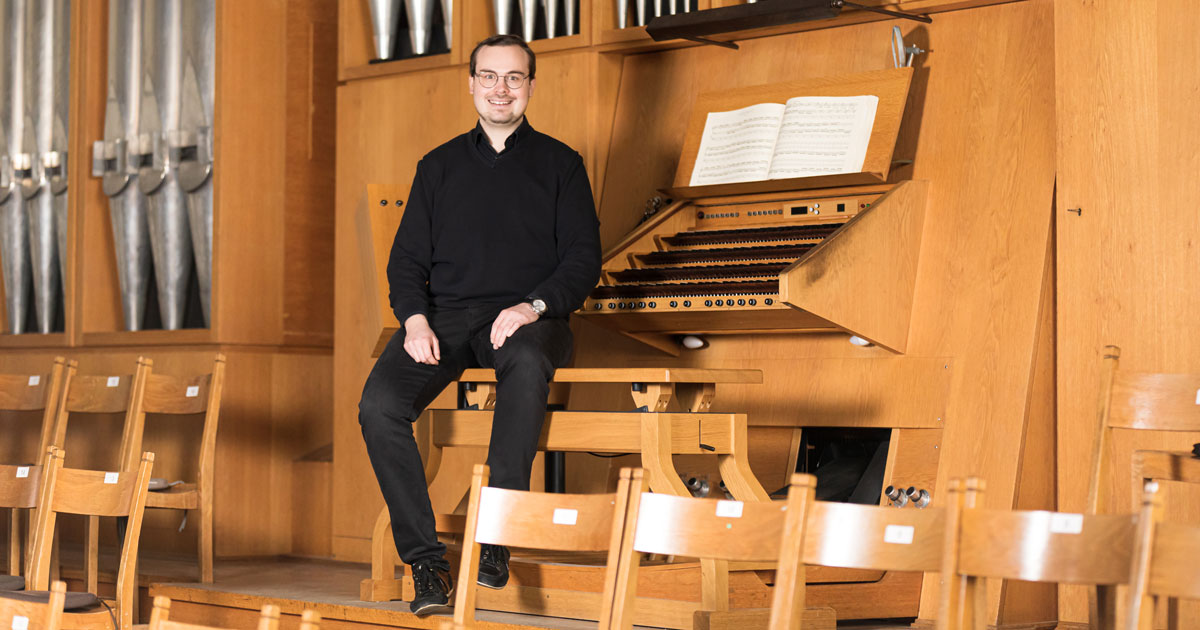 Lukas Euler was born in Neustadt/Weinstrasse in 1996. He was a young student at the Freiburg University of Music and, after graduating from high school, studied church music (Bachelor’s and Master’s degrees with distinction) and piano (Bachelor’s) at the Leipzig University of Music and Theater with Prof. Dr. Martin Schmeding, Prof. Thomas Lennartz and Prof. Markus Tomas.

The organ master class course expands his education. From 2020 to 2022 he was assistant organist at the Thomaskirche Leipzig and taught organ at the Forum Thomanum Leipzig. He has been a church musician at the Pauluskirche in Darmstadt since November 2022. In this position he is organist on the Schuke organ (IV/56), conductor of the Paulus choir and artistic director of the International Organ Summer in Darmstadt.

His concert activities have taken him to various locations in Germany, Great Britain, France and Russia. He gave concerts in the Southwark Cathedral London, in St. Lorenz Nuremberg, in the Liederhalle Stuttgart, in the Essen Cathedral and several times at the Leipzig Bach Festival. In 2022 he founded the concert series „Organ at 12“ at the Thomaskirche in Leipzig.

He was a prizewinner at the

Lukas Euler is a scholarship holder of the Evangelisches Studienwerk Villigst and the Jürgen Ponto Foundation.

The organist Lukas Euler maintains a lively concert schedule in Germany and other European countries. He gave concerts a. o.

Recordings on radio, television and CD expand his profile.

The organist, church musician and pianist Lukas Euler is the initiator of the „Organ at 12“ concert series, which was launched in 2022 and offers young organists a platform at the Thomaskirche in Leipzig.